In American political speech – and particularly in former United States (US) Donald Trump’s impeachment trial and the discussions around it – words matter. But beyond that is another axiom: Context, it seems, can be everything.

Yes, Trump used pointed, intense words that aroused supporters’ emotions. Yes, he deployed the notion of battle as potent political metaphor. Yes – he might have gone too far for some. His attorneys acknowledged all of that during their combative defence at his impeachment trial on Friday.

But what the 45th president didn’t do on that day in January, when he stood near the White House and used the words “fight” or “fighting” 20 times as he tried to overturn a legitimate election was this, his lawyers insisted: He didn’t cross the lines of free speech and wade into literal incitement that produced the riot at the Capitol.

“We fight hard,” Trump said then. “And if you don’t fight hard, you’re not going to have a country anymore.” 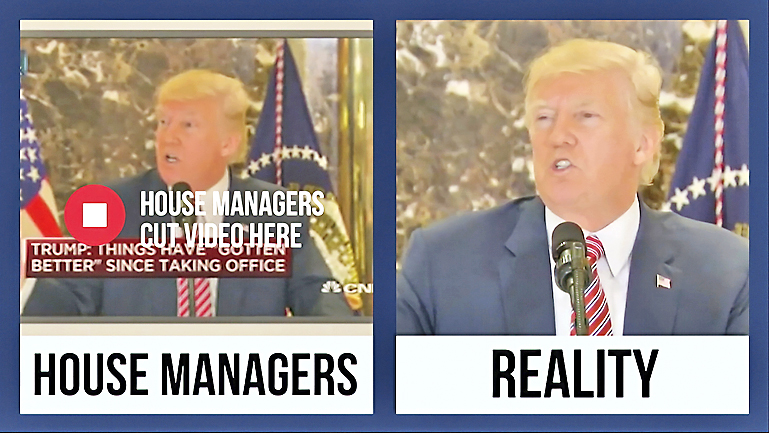 This was a day about Donald Trump, about what he said on that chaotic day and what he says in general. But it was also, as Trump attorney Michael van der Veen pointed out, part of a broader context of increasingly strident and aggressive political speech in the American republic – and one, it’s worth noting, that Trump’s remarks and voluminous tweets while president certainly inflamed.

It was the polar opposite of what House Impeachment Manager Representative Joe Neguse said during Democrats’ arguments on Wednesday. “The president,” he said, “used the speech as a call to arms. It was not rhetorical.”

What can legally be said in public life? And where is the line drawn? That has been a fundamental part of American constitutional tension since the First Amendment was instituted, and particularly since Supreme Court Justice Oliver Wendell Holmes Jr came up with the now-classic road test of where the right ends.

“The most stringent protection of free speech would not protect a man falsely shouting fire in a theatre and causing a panic,” Holmes wrote in a 1917 ruling that anti-draft flyers couldn’t be distributed during World War I because they might undermine military recruitment efforts.

“The question in every case is whether the words used are used in such circumstances and are of such a nature as to create a clear and present danger that they will bring about the substantive evils that Congress has a right to prevent,” Holmes wrote.

As with Trump’s words, this is no easy thing to work out in a country so deeply committed for so long to linguistic metaphors built around fighting and violence and guns – metaphors that in many contexts, from sports to corporate settings, aren’t actually violent or gun-related.

Fight for your rights, fight for your children, join the fight against breast cancer: Do those always involve fists? “Take aim against cavities,” an old toothpaste commercial once exhorted, and guns were nowhere in sight. A great movie or TV show can blow us away. We lash out. We throw elbows. We slap people down. Sometimes we go for the jugular.

“This is ordinary political rhetoric that is virtually indistinguishable from the language that has been used by people across the political spectrum for hundreds of years,” van der Veen said.

That’s where context comes in. And context is where the arguments in the Senate this week came to a head.

With Trump and his remarks on January 6 to supporters, many of whom went on to storm the Capitol, the question of context came down to this: Can a speaker be held responsible if a metaphor produces violent results after being perceived, from a mob’s vantage point, as literal?

After all, a euphemism in a debate or an interview is far different – at least in impeachment prosecutors’ view – from a euphemism in front of a specific, agitated crowd about a specific thing that could happen in the immediate future.

This is part of what euphemism in language allows. It creates space for “dog whistles” that can be brushed off as innocuous but also act as messages to those whose ears are cocked in the right political ways.

Van der Veen illustrated this dramatically – and, one could argue, ad nauseam – with three lengthy video montages showing Democrat after Democrat using the word “fight” and others like it when referring to political maoneuverings.

“I just don’t know why there aren’t uprisings all over the country, and maybe there will be,” House Speaker Nancy Pelosi said in one clip. In another, Senator Chuck Schumer said of two Trump-appointed Supreme Court justices: “You have released the whirlwind, and you will pay the price.”

Van der Veen’s point: We all say this stuff, and don’t forget that when you accuse Trump of incitement.

“The inflammatory language from both sides of the aisle has been alarming, frankly, but this political discourse must be considered as part of these proceedings to contextualise Mr Trump’s words,” he said.