AUGUSTA, GEORGIA (AP) — Paul Casey needed only 11 holes to realize a Masters in November was an experience unlike any other at Augusta National.

He had a 6-iron to a left pin on the par-5 second hole at Augusta National. Any other year – any April, really – he would have aimed well right of the flag. On this soft, autumn day, he took on the pin. The ball plopped down six feet away.

Consider that a warning.

For someone like Sebastian Munoz, who made his debut last year, it could be about starting over. 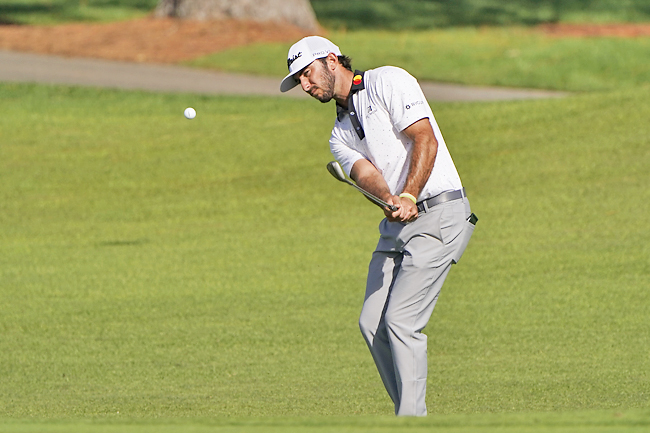 Munoz is among 13 players who played the Masters for the first time last November when it was postponed seven months because of the COVID-19 pandemic. He had gone to Augusta National once before for a scouting trip after qualifying by winning the Sanderson Farms Championship. Just his luck, that practice round was in November, too.

“I think that’s why I played good. I knew what to expect,” Munoz said.

He was 9-under par through 54 holes until closing with a 75 to tie for 19th. Sungjae Im set the record for lowest score by a newcomer at 15-under 273, a score that would have won all but eight of the previous 84 Masters.

Munoz still recalls what Jon Rahm told him in the final round after one particular shot, a 4-iron into the par-5 15th that landed just in front of the hole and settled not far behind it: “Anything you learn today, this week, forget about it.”

“I’m looking forward to it and debuting again,” Munoz said with a laugh.

Fuzzy Zoeller in 1979 was the last player to win the Masters in his debut. Only three professionals – Carlos Ortiz, Robert MacIntyre and Will Zalatoris – and three amateurs are first-timers at this Masters.

As for the 13 who have never played in April? It’s not like they didn’t gain any experience at all.

“I don’t think we played a golf course that was similar,” said Max Homa (pic below, AP), who missed the cut. “It was still nice to get out there and get the jitters over with. It’s also a golf course I think everyone has watched more than any golf course on tour. You know a lot of spots where you need to leave it. You still saw where it can get you.

“I don’t think it was rocket science that it was playing different,” he said. “I threw a 3-iron into 15 and it stopped on a dime. We knew that would happen. The best players in the world are really good at adapting.”

The 15th hole gets most of the attention. That’s where Rahm hit the 4-iron and Homa hit the 3-iron that stopped. Johnson spoke of one player in his group to hit a 3-wood that stopped where it landed, a shot he said that without an abundance of rain “is not possible”.

Adam Scott considered what the newcomers learned last year, such as the severe slope on the 13th fairway with the ball above their feet (for right-handed players) and various lines off the tee.

“Certainly, they’re going to be seeing a few new shots that they’ll have an opportunity to play, and some that you absolutely can’t play,” he said.