AP – We’ve upped the ante on the original pull-from-the-pantry meal – the grilled cheese – with one potent ingredient: kimchi. And we use it two ways for a double dose of flavour.

Cheese with kimchi may sound odd, but the pairing is hardly new. Budae jjigae, otherwise known as army base stew, originates with the Korean War. It’s a hot pot made with American surplus foods, such as hot dogs, baked beans and instant noodles, along with kimchi and American cheese.

It loosely inspired this recipe from our book Cook What You Have, which draws on pantry staples to assemble easy, weeknight meals.

The fermented cabbage and its flavourful brine combine for a spicy, crunchy, umami-rich sandwich that’s far more interesting than what you had as a kid.

Besides putting the kimchi between the bread, we also mix its brine with mayonnaise to spread on the outside. Using mayonnaise instead of butter allows you to cook the sandwich over (slightly) higher heat. That heat helps melt the cheese inside but also increases flavourful browning on the bread with less risk of burning. 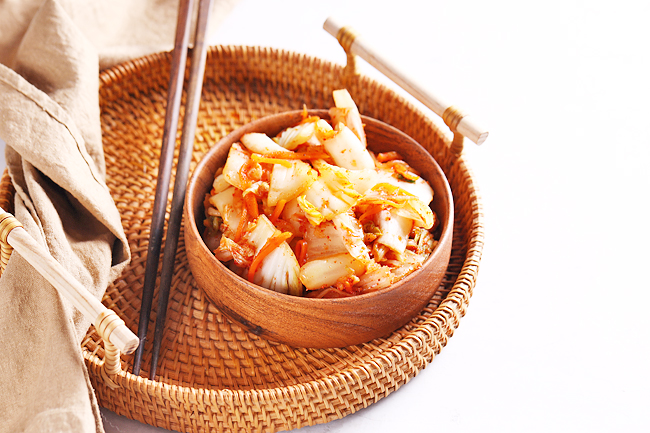 Heat a 12-inch nonstick or cast-iron skillet over medium until droplets of water flicked onto the surface quickly sizzle and evaporate. Add two of the sandwiches and cook until golden brown on the bottoms, two to three minutes.

Using a wide spatula, flip the sandwiches and cook, pressing down lightly and adjusting the heat as needed, until golden brown on the second sides and the cheese is melted, two to three minutes. Transfer to a cutting board. Cook the remaining sandwiches in the same way.

Cut each sandwich in half on the diagonal.