A culture of mistrust leads to knowledge-hiding

ANN/THE STAR – Without the help of colleagues, it’s often not possible to proceed with a task or project. When a team member blocks or claims not to know the answer to something, this is known as knowledge-hiding, the conscious withholding of knowledge that another person is asking for.

“Many people haven’t heard of the term, but when I explain it, they all say, ‘Yes, I’ve experienced that or done it myself’,” said assistant professor of leadership and organisational knowledge management at Austria’s Seeburg Castle University Florian Offergelt.

A distinction is made between different forms of knowledge-hiding. When someone pretends not to have any answers, this is called “playing dumb”, said Offergelt. A second form is “evasive knowledge-hiding”.

The third form is “rationalised hiding” of information that is not allowed to be passed on. Knowledge-hiding is therefore not always malicious. 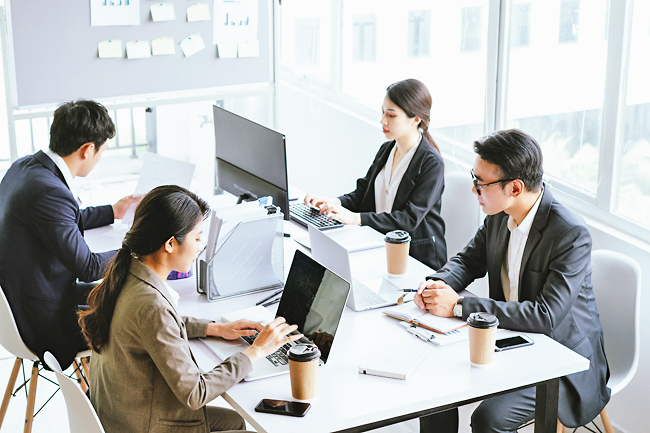 When it comes to salary information or patient data, you may well be required to keep the information to yourself.

Another reason: Some people are afraid of losing their expert status, said Offergelt.

“They don’t want to make themselves replaceable by sharing knowledge. Some people develop a real sense of ownership of ‘their’ knowledge, which is known as territoriality.”

There can actually be personal advantages to not sharing information, said professor of industrial and organisational psychology at Leuphana University of Luneburg, Germany Laura Venz.

“If I work in a team with a dog-eat-dog mentality and I know that only one person can be promoted, I might be more inclined to keep things to myself.”

When workload and time pressure are very high, there sometimes isn’t enough time and energy to answer questions.

“Even if I would like to help, I may not have enough capacity to do so.”

Other triggers for knowledge-hiding are social – for example, hostility between colleagues.

Perhaps someone wants to get back at someone who kept knowledge to themselves. In this way, a chain reaction of jealous behaviour and a climate of mistrust can develop, said economist Sebastian Mangold.

“There are projections that say the 500 companies with the highest turnover in the United States (US) alone incur up to USD30 billion (MYR137 billion) in opportunity costs every year due to knowledge not being shared.”

These lost profits occur, for example, because trends are missed or employees exhibit reduced work performance.

“People who are victims of knowledge-hiding, or who engage in it themselves, have lower job satisfaction, are less creative and are more likely to quit.”

But addressing knowledge-hiding directly is often not that easy, said Venz. How do you know if a colleague really is intentionally withholding knowledge? Nevertheless, openly addressing your own perceptions is generally the best strategy. Don’t make generalisations (“always”, “never”) or accusations, said Venz.

Those who notice tendencies towards knowledge-hiding in themselves should first ask why.

If I would actually like to share knowledge, but I lack time and energy, it’s important to communicate that. You could try saying, “It’s not possible right now, can we set up a meeting?”

Often, however, the reasons lie at organisational level.

She recommends starting with promotions and distribution of power.

“If someone always ends up in first and last place, it fuels competition and knowledge-hiding.”

Instead, co-workers who share knowledge and work together should be promoted. Another point is the workload.

“The necessary resources must be available so that knowledge can be shared.”

The role model function of the manager also plays an important role, said Offergelt. By sending out the signal that knowledge-hiding is not only tolerated but even desired, employees will follow suit.