The winners of the annual British Academy of Film and Television Arts (BAFTA) Games Awards 2020 were recently revealed, focussing on some of the best games from the past year.

The BAFTA Games Awards winners were announced during a ceremony in the form of an online live stream hosted by comedian Dara Ó Briain on April 2.

The format for this year’s BAFTA Games Awards was changed from a red carpet ceremony at the Queen Elizabeth Hall in London to an online live stream amid growing concerns over the spread of COVID-19.

“Good evening, ladies and gentlemen and welcome to the British Academy Games Awards 2020,” said Ó Briain in his introduction to the show. “I’ve hosted these Awards many times before, usually from some plush concert hall from the middle of London, but not tonight. Tonight, these Awards in their entirety will take place from the room in my house with a big telly which I play video games with. Yep, that’s where the entire thing is coming from because we live in strange times.”

The awards, including the nominations, are voted for by BAFTA’s global membership, comprising experienced games industry practitioners from a range of backgrounds in game development and production.

The award for Performer in a Leading Role went to Gonzalo Martin who played Sean Diaz in episodic adventure game Life is Strange 2 (episodes 2-5), while the Performer in a Supporting Role award went to Martti Suasolo as Athi the Janitor in action-adventure title Control.

The award for Games Beyond Entertainment was won by Kind Words (Lo Fi Chill Beats To Write To), which is described as “an uplifting game where players write nice letters to real people while listening to relaxing music”.

Free-to-play first-person shooter Call of Duty: Mobile won EE Mobile Game of the Year – the only award voted for by the public.

A highlight of the event was Hideo Kojima, the famed creator behind the Metal Gear series as well as Death Stranding, being honoured with the BAFTA Fellowship Award.

As awards host Ó Briain said, “The BAFTA Fellowship is the highest accolade the Academy can bestow and is presented to an individual with a substantial body of work in recognition of outstanding and exceptional contribution to games.”

“In a career spanning 35 years, Hideo Kojima has given us countless reasons to be grateful for his impact on this industry.”

“As a gamer, it’s hard to imagine the industry without the Metal Gear games in particular. This auteur’s creativity is such that he even gets lauded for games he doesn’t finish. For decades, he’s been committed to immersing us in worlds in a way few of us could even dream of matching and pushed the hardware every step of the way to achieve his vision.”

In his acceptance speech, Kojima said, “Thank you very much for the BAFTA Fellowship Award. As this is the most prestigious award in the world of entertainment, I am deeply honoured.

“Seventy per cent of my body is made of movies – I often say this as a metaphor to describe myself. Just as the human body consists of 70 per cent water, movies have shaped the majority of my life, and are very precious, teaching me things when there was much to learn, encouraging me through the lonely days in my childhood and pushing me in the right direction whenever I faced a crossroad in life. It was all movies.

“Trying to break into the film industry in those days in Japan was incredibly difficult. So, I decided to dive into the game industry, a completely new medium. However, at that time the game industry was not respected like it is today so people around me, my friends, and even my university professors stopped me.”

“Thirty-six years have passed since then. The times have changed. Games are holding their own next to films, or perhaps fusing together with them, evolving into a huge medium of digital entertainment.

“And, all around the world, there are so many fans that support me. Perhaps, through games, I could be helping others. Sometimes that thought comes to me. There is nothing as wonderful as that. This is the reason why I never stopped creating games.”

“Today, receiving this award, my determination is stronger than ever. For the rest of my life, I will continue to devote myself to creating for others,” he added.

BAFTA is an independent arts charity that brings the very best work in film, games and television to public attention and supports the growth of creative talent in the UK and internationally.

According to a press release from the organisation, over 720,000 viewers tuned in from across the world to watch the awards, with 260,000 of those tuning in live to hear the winners revealed.

“The show was BAFTA’s first online-only awards and one of the only major awards celebrations to go ahead since the UK government lockdown, rather than be postponed or cancelled,” said BAFTA.

“Following the UK lockdown, a response to the coronavirus COVID-19 pandemic, the BAFTA Games Awards format quickly developed from its traditional ceremony format to a pre-produced show that was put together entirely remotely by BAFTA’s production team. The decision was made to alter the format with the health and safety of all nominees, guests and BAFTA staff in mind, while continuing to bring the global games community together to celebrate their achievements at a time when games are bringing people together more than ever before.” 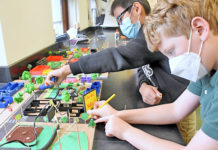 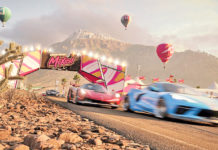