A breath of ‘fresh’ air

The easing of travel restrictions has allowed people in the Sultanate to make their get aways for the first time after two years of border closures.

At the Brunei International Airport, the Bulletin caught up with a few travellers who shared what the return of international travel meant to them.

Abdul Wafi bin Haji Muslim from Kampong Perpindahan Mentiri who was leaving for Kuala Lumpur, Malaysia for a holiday, said, “I will be staying in Kuala Lumpur for six days. I had been waiting for this day anxiously as I missed travelling so much.

“Before I made the decision to use my long Raya break to travel, I had asked my friends in Kuala Lumpur about the situation over there and they assured me that everything is fine.”

Knowing that the situation in the Malaysian capital is under control gave him confidence, despite new COVID-19 cases still reported daily.

He plans of making full use of his three-month immunity as a COVID survivor, adding that he will be staying in the city with no plans to travel to other states. 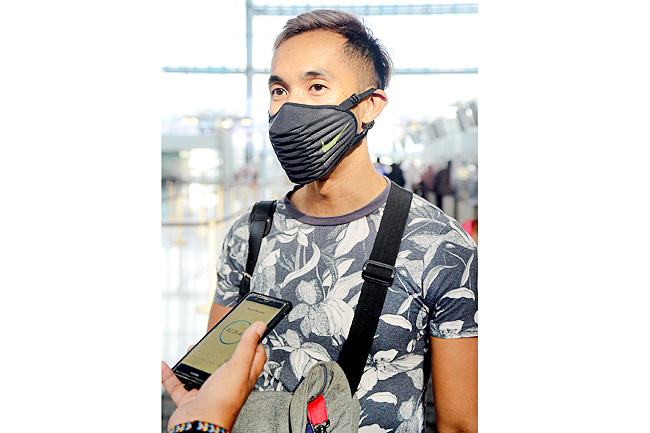 With travel fare being the hot topic last month, Abdul Wafi said he was lucky to have found reasonably-priced tickets for himself, which he believed to be due to the festive season.

He also advised those with limited finance to put their travel plans on hold as most of the airfares he surveyed were on the steep side.

“As precautionary measures, I will practise all the standard operating procedures (SOPs) in Kuala Lumpur, such as wearing my mask indoors, social distancing and avoiding hand shakes. Hopefully other people will do the same,” he said.

Married couple Shafie – a local – and Sofiah – a Malaysian – had spent two weeks of the Raya festivities with Shafie’s family in Brunei along with their young son.

“We came back for Raya because we live in Kuala Lumpur and it was great news to us when we heard the announcement of the air borders re-opening after two years. It was good to see everybody and hopefully things will go back to normal soon,” said Shafie.

Sofiah said the re-opening of air borders will help the economy and unite families who have been separated for a long time.

She also hoped to see airfare dropping to reasonable price to allow everyone to travel.

“The ticket prices have been very high,” said Shafie, who booked for a visit to Brunei as soon as the re-opening was announced.

“We are glad to have reunited with our family here, especially during this joyous occasion,” he added.

Sofiah is unsure of the SOPs in Malaysia, however. But the couple have decided to practise the same SOPs as they did in the Sultanate.

The couple also advised people to not be afraid go out and about during the Early Endemic Phase as staying at home too long may lead to mental health issues. “For us, we try to get out as much as possible such as going to the park where there’s fresh air to enjoy. We are very happy we made the decision to come to Brunei.

“It was not easy because of the airfare and we could not anticipate what might happen next. Still, we’re glad we went ahead with it,” the couple said.