A benefit across generations

THE WASHINGTON POST – Exercising now is good for you. But could it also be good for your future children and grandchildren?

A provocative new study says it might be. The findings, based on research in mice, suggest that the exercise we do today etches itself into our cells in ways that can be passed to later generations.

In the study, exercise by female mice before and during pregnancy influenced the health of their future children and children’s children, even if those progeny never exercised.

While you may be thinking that a mouse study is hardly relevant to humans, the idea that one generation’s way of life shapes the health of the next is “quite well-recognised” scientifically, said Professor of Medicine at Harvard Medical School and senior investigator at the Joslin Diabetes Centre in Boston Laurie Goodyear, who oversaw the new study.

In animal and human studies, mothers and fathers with poor nutrition who develop diabetes, obesity and other metabolic disorders often transmit a predisposition to those conditions to their offspring, she said.

This propensity is independent of upbringing and lifestyle. In other words, babies born to parents with metabolic problems tend to develop those same conditions in adulthood, even if, until then, they had been eating well and remaining lean. 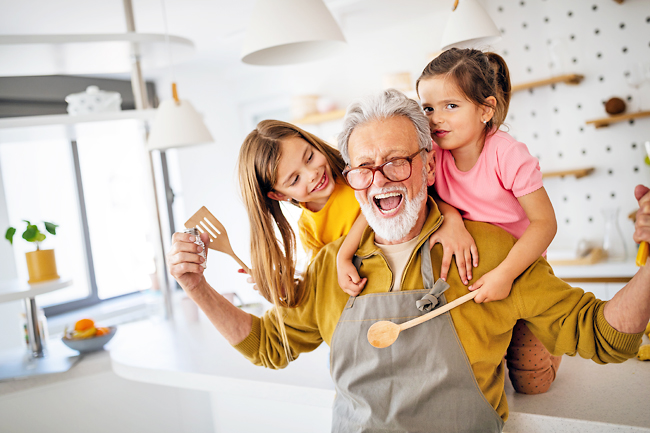 Scientists call this process developmental programming. They suspect it depends on both the environment inside a mother’s womb during pregnancy and on epigenetics, or small changes in how our genes work, based on how we eat and live.

These epigenetic changes can be passed to offspring by the mother or father, affecting the children’s risks for various diseases.

But Goodyear and other researchers have found that exercise likewise contributes to developmental programming, of a more welcome sort.

Studies from her lab and others show that if mouse mothers run before mating and during pregnancy, their babies are protected to an extent against developing obesity and diabetes as they grow up, even if they eat high-calorie chow and do not, themselves, exercise.

Fathers who run before mating can also pass sturdier metabolisms to their young, whether their mothers exercise or not, and, in a 2018 study, running males fathered pups with healthier brains from birth than mice fathered by sedentary dads.

But studies had not looked into whether these protections might be durable enough to show up in grandchildren, even if their parents are sedentary.

So, for the new study, which was published in June in Molecular Metabolism, Goodyear and her colleagues had young, female mice run on wheels. Some ate normal chow, others an unhealthy, high-fat diet.

Another group of female mice on the same diets did not run. All of the females then bred with sedentary male animals and the runners kept exercising during their subsequent pregnancies. (Mice seem to enjoy running and, even heavily pregnant, skittered on their wheels for a mile or so most days). They duly gave birth. None of their young ran, though, to keep their metabolisms relatively neutral, free from the epigenetic and other changes otherwise initiated by exercise.

The researchers hoped, in this way, to track the effects of their mothers’ exercise through this sedentary generation. For the same reason, they bred only males from this middle generation, removing any potential effects of womb conditions on the babies.

The resulting grandchildren, male and female, likewise remained sedentary and ate normal chow throughout their lives. But, from birth, the mice with active grandmothers were leaner than the others and, in males, sported denser, healthier bones.

These conditions are common with age and inactivity, in both rodents and people. But they did not show up if Grandma ran.

Those mice with an active grandmother maintained relatively healthy blood sugar control and insulin sensitivity deep into old age, despite being inactive themselves. (The diets of their running grandmothers, high-fat or normal, had not mattered, the researchers also found, only their exercise).

“It was remarkable,” said senior postdoctoral fellow at the Joslin Diabetes Center and Harvard Medical School Ana Alves-Wagner, who led the new study. “Exercise had improved the metabolic health of multiple generations.”

This obviously was a mouse study and impossible to repeat in people, demanding, as it would, decades of time and draconian coercion over people’s activities, diets and mating choices. It also did not examine how, at a molecular level, exercise remodelled the animals’ biology so pervasively that the effects reappeared in later generations.

But Goodyear believes epigenetics are a key player and the results probably apply to us, she said, since we share many aspects of our metabolisms and physiological responses to exercise with mice.

If so, the findings become both practical and poignant.

“I was so intrigued when I heard about this study,” said Professor of Human Evolutionary Biology at Harvard University Daniel Lieberman, who studies how physical activity shaped our species during evolution. “Our metabolisms, it seems, are adapted to respond to environmental signals from multiple generations. We still don’t know the mechanisms by which this occurs in mice. Regardless, this study bolsters the view that when we exercise, we aren’t just doing it for ourselves.”

The study is, of course, not meant to criticise any potential mother or father who cannot or opts not to exercise before having children, Goodyear said.

But the results offer those of us who choose to work out one more rationale. We can hike or ride today for the sake, in part, of tomorrow’s envisioned grandchildren.