According to a graph on display, 25 imported cases came from Nepal, while 15 from India.

Three imported cases were from Singapore while one imported case was from Indonesia, Australia, Germany and Pakistan respectively. 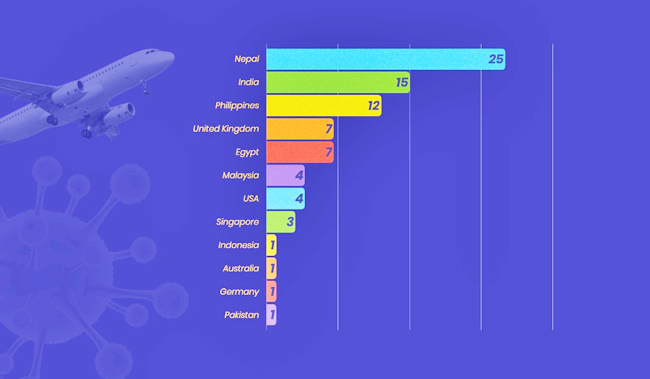