6,000 Arizona voters affected due to errors

PHOENIX (AP) – A voter registration error caused up to 6,000 Arizona voters to get a mail ballot with only federal races, Secretary of State Katie Hobbs said on Tuesday.

Hobbs, who is the Democratic nominee for governor, said in a statement that affected voters will receive the correct ballot shortly.

When people register to vote in Arizona or update their registration, an election system queries driver’s licence records to verify whether the person has proven their citizenship.

Sophia Solis, a spokeswoman for Hobbs, said the driver’s licence query failed to properly verify the citizenship for some people, leading them to to be improperly registered as federal only voters. She did not provide a breakdown of their party affiliation or describe what led to problems. Hobbs added that the problem affected less than a quarter of one per cent of voters. 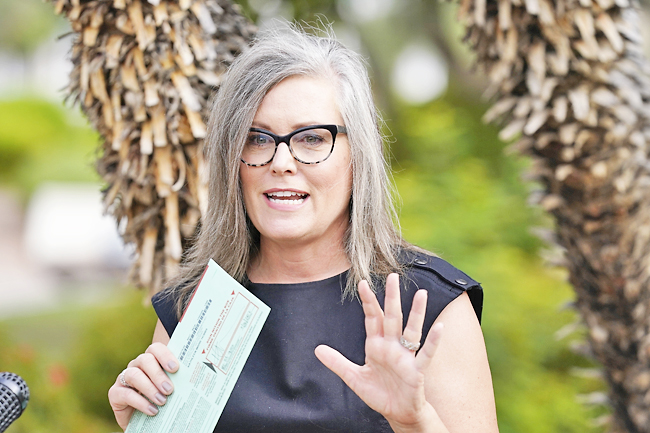