MANILA (AFP) – A strong earthquake hit the southern Philippines yesterday, though there were no immediate reports of casualties or damage, the United States Geological Survey (USGS) and local officials said.

The 6.0-magnitude quake struck the town of Bansalan on Mindanao island at 12.22pm, the USGS said in a bulletin.

The quake was recorded at a depth of 15.6 kilometres, it said, slightly shallower than at first reported by the agency.

“It was strong, but things did not topple or fall off,” police chief of Bansalan Major Peter Glenn Ipong told AFP by telephone from the epicentre.

Ipong and civil defence officials in the region reported strong shaking but said there were no immediate reports of casualties or damage.

The USGS in an earlier bulletin put the epicentre two kilometres east of the neighbouring town of Magsaysay before revising the location to Bansalan.

The Philippines is regularly rocked by quakes due to its location on the Pacific “Ring of Fire”. 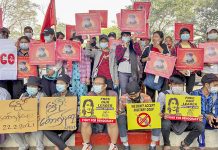 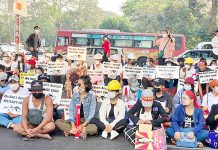