This was highlighted by Acting Deputy Director of the Community Development Department (JAPEM) Mirany Floridzah binti Abdul Rahman, during a ceremony to hand over aid for flood victims held by the Ministry of Culture, Youth and Sports (MCYS) yesterday.

“The Government of His Majesty Sultan Haji Hassanal Bolkiah Mu’izzaddin Waddaulah ibni Al-Marhum Sultan Haji Omar ‘Ali Saifuddien Sa’adul Khairi Waddien, Sultan and Yang Di-Pertuan of Brunei Darussalam through the Ministry of Culture, Youth and Sports, is always concerned about the welfare and well-being of His Majesty’s subjects, especially those affected by disaster, which is clearly evident by the assistance extended and provided by His Majesty’s Government to disaster victims, not only in the form of ‘in-kind’ assistance such as food, beverages, basic necessities and temporary shelter, but also financial assistance extended to eligible victims, to help alleviate the burdens and hardships they face,” she said.

Mirany Floridzah added, “But we need to understand that the financial assistance provided by the government is not merely to compensate for damages or loss of property due to disaster, but to help alleviate the hardship faced by the victims.”

A total of BND24,000 was handed by Permanent Secretary (Community and Culture) at the MCYS Hajah Nor Ashikin binti Haji Johari to the heads of the affected families. 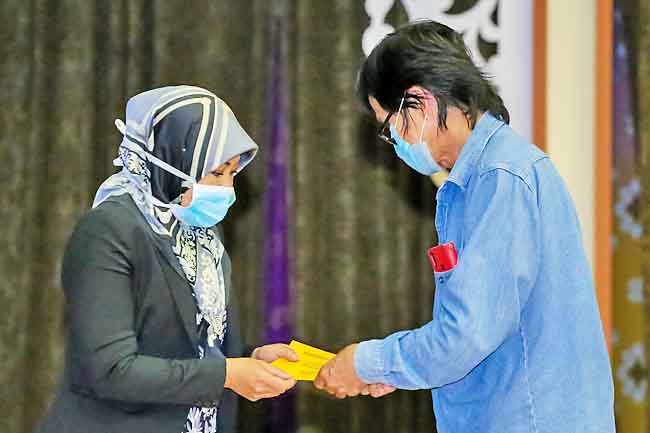