ALOR SETAR (BERNAMA) – All 41 hikers and three mountain guides, who were trapped at the Telaga Tujuh Waterfall in Langkawi, Malaysia, following a water surge incident yesterday morning, have been rescued.

Kedah Fire and Rescue Department (JBPM) Director and Senior Assistant Fire Commissioner Sayani Saidon said that all the victims, aged between 30 and 50, were brought to safety from the waterfall area by officers and members of the Langkawi Fire and Rescue station.

“All 41 hikers and three guides, are said to have made the ascent to Telaga Tujuh at 4am, and arrived at the summit at 7.30am. They rested for half an hour and started the journey down after heavy rain.

“When they reached the river, they could not cross due to the strong current and called the fire department. All the victims did not suffer any injuries, and the operation was completed at 3.56pm,” he said in a statement yesterday. Meanwhile, Langkawi District Police Chief ACP Shariman Ashari confirmed that all victims were brought down to safety by the JBPM personnel.

“Monitoring is being carried out in areas that have the potential to experience flooding, as well as the water level of the main rivers.

“The districts affected by floods and storms are Ayer Hangat, Kuah, Padang Matsirat and Ulu Melaka. There was also a landslide on Jalan Gunung Raya, located in Mukim Ulu Melaka, and clean-up work is being carried out,” he said.

Meanwhile, the Public Infobanjir portal of the Department of Irrigation and Drainage (DID) reported that the water level of Sungai Melaka in Padang Matsirat, Langkawi, has exceeded the danger level with a reading of 3.89 metres, and with an upward trend as of 4pm yesterday. 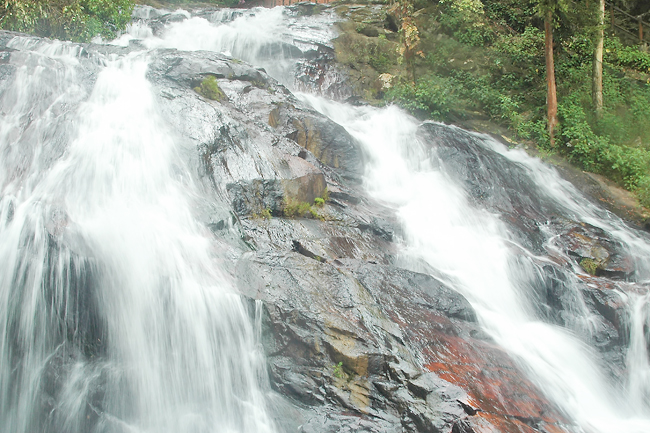