The 169th male and the 57th female intake of the Royal Brunei Armed Forces (RBAF) completed their basic military training with a passing out parade ceremony at the Training Institute RBAF at Penanjong Garrison yesterday.

The permanent secretary inspected the parade, and remarked that the end of the training marked the first few steps into a long military career.

She highlighted that it was important for the new recruits to be eager and committed to their roles and responsibilities. 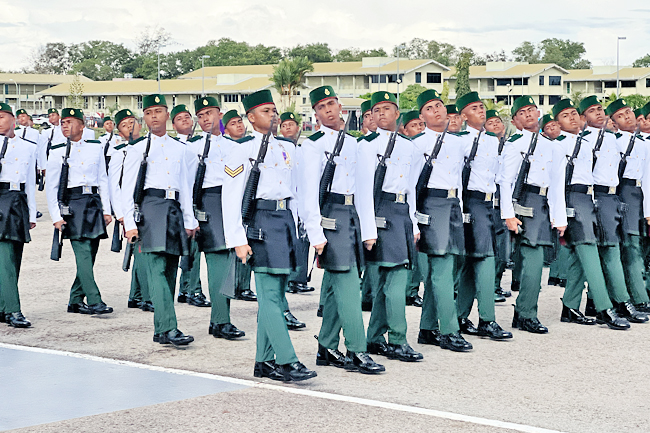