Samsul bin Zamri continued his love affair with the Mukim Lumapas route after adding the 8km Waykana Trail Challenge to his growing collection of victories in the domestic scene.

The local trail specialist won the male open category, following success in the Bukit Merikan Challenge last May, which was held within close vicinity of Kampung Tarap Bau. 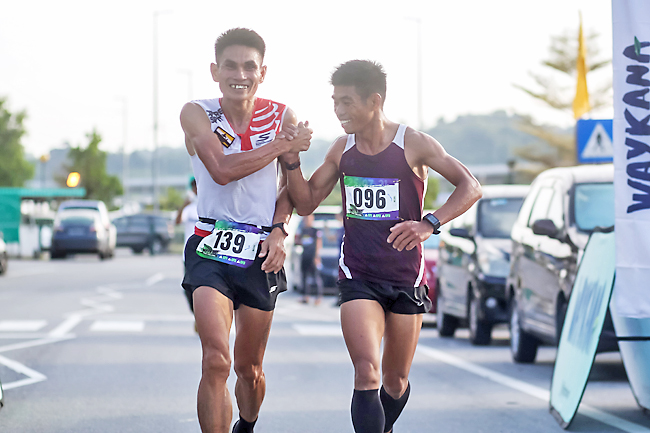 Aming, one of the participants in the male veteran category, shared that the route was interesting.

The route also took runners through a challenging jungle trail that has a steep elevation towards the transmission towers and passing the Bumbungan 12 route before returning to the starting point.