30 injured in massive fire in India 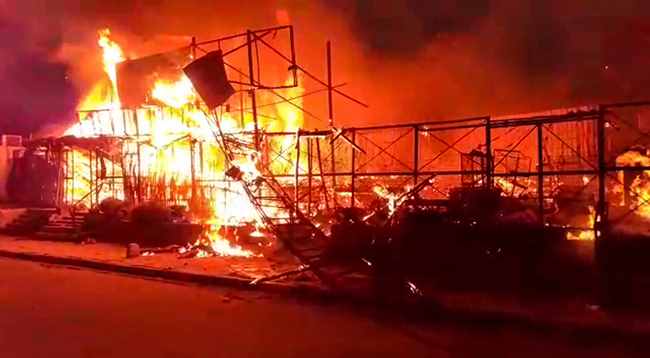 NEW DELHI (XINHUA) – At least 30 people were injured on Saturday after a fire broke out inside a residential building in the eastern Indian state of Bihar, officials said.

The fire broke out in the Shahganj locality of Aurangabad district, about 94 kilometres south of Patna, the capital city of Bihar.

According to officials, an electric short circuit led to the massive fire, and triggered a gas cylinder blast.