The campaign, organised by Science, English and Humanities Departments, was part of the Sports School year-end activities and to promote awareness on water pollution, especially on single use plastics. Some 35 students and 11 teachers and staff members participated.

Most of the rubbish collected was debris carried by waves onto the beach.

Plastic waste is known to not decay, rather they break up into small pieces called microplastics which can end up in the bodies of fish and shellfish as well as drinking water. 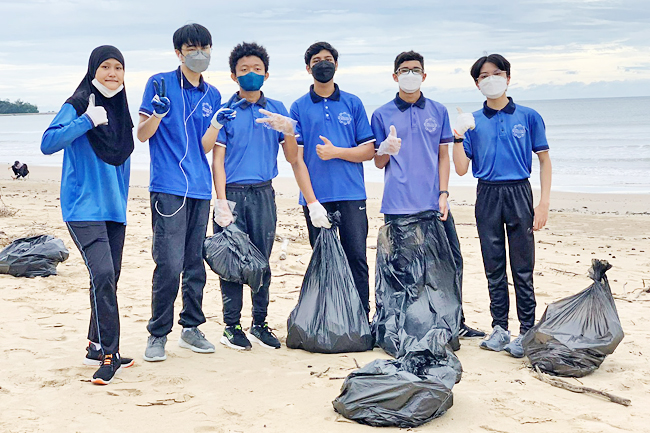