It’s time for ‘2TK’ to set flight from the plush seaside resort and return to Canada, a feat of endurance that fascinates scientists and delights local birdwatchers.

Identifiable by a plastic band on one ankle bearing the name 2TK and a metal one with nine digits on the other, this ruddy turnstone (Arenaria interpres) has spent the southern hemisphere summer on the rocks off Uruguay’s Atlantic coast feeding off mussels, alongside oystercatchers and other birds.

When the food became scarce in Canada’s artic tundra as winter swept in, the turnstone migrated 15,000 kilometres to South America.

By April, 2TK had become “fatter” and ditched his grey plumage for one tinged with brown and orange ahead of his return to his native lands to reproduce, said Alvaro Perez Tort, 48, an amateur photographer and member of the Punta del Este birdwatching society that has been documenting the bird’s trips to Uruguay since 2016.

“2TK stole my heart,” Perez told AFP. Every year he waits for the male turnstone’s return to document him “as much as possible” to share on reportband.gov – the continental database for observing banded birds run by the United States Geological Survey. “What’s interesting is that a banded bird has a history: there’s a city, a country or faraway place, a journey and people,” said Perez. 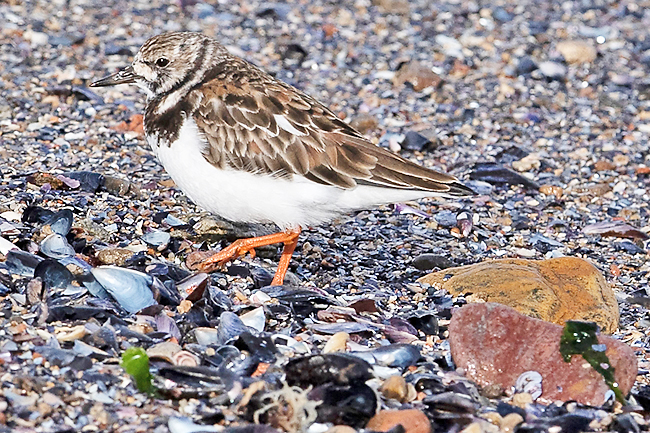 By photographing the bird “we feel like we’re a part” of that history, he added, noting he has seen 2TK eight times at Uruguay’s southernmost tip.

2TK is around 14 years old, according to the Bird Banding Laboratory, which organises the banding of one million birds annually in North America for conservation purposes.

He was banded in 2012 in Delaware Bay on the US Atlantic coast, an important stopover for many migratory species.

For laboratory chief Antonio Celis-Murillo, information provided by amateur birdwatchers is vital to “build the jigsaw puzzle” of each bird’s movements. “Our work is successful thanks to the general public – every person who reports a banded bird,” he told AFP.

“The reported information is so simple but valuable, because scientifically it tells us a lot. Especially those reports from South America that we lack,” he added.

These details allow scientists to plot the behaviour of every species: their migration routes, where they stop, how long they stay there, how they live. It all helps to refine conservation projects.

According to a 2019 study published in Science magazine, some 3,000 species of wild birds have disappeared from North America since 1970.

Loss of habitat affecting all biodiversity “clearly shows its impact on migratory birds,” who face ever-greater difficulties in their extraordinary journeys, said biologist and ornithologist Adrian Azpiroz, who promotes ecotourism initiatives. And while turnstones are not threatened like other waders, their population is nonetheless shrinking.

Of the estimated 300,000 on the continent, only several hundred or thousand winter on the Uruguayan coast. Others prefer southern Brazil or Argentina.

Scientists believe these long-distance migratory birds have favourite winter retreats and are remarkably loyal, returning year after year – just like 2TK. Uruguay’s many coastal lagunas are “very productive from a nourishment point of view” for waders, said Azpiroz.

That is why 2TK is likely to have travelled some 350,000 kilometres in his life – the equivalent of nine times around the planet.

That’s a truly staggering accomplishment for a bird measuring little more than 20 centimetres.