29 busted in Ops Pirates, over 500g of drugs seized 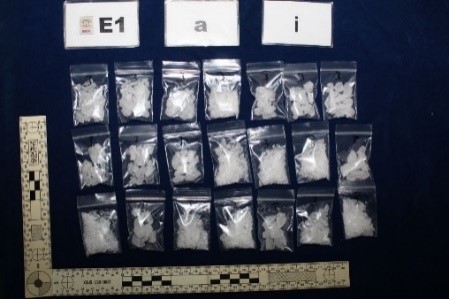 Twenty-nine individuals including a married couple were rounded up by the Narcotics Control Bureau (NCB) identified as one of the syndicates for trafficking syabu into the Sultanate. Codenamed ‘Ops Pirates’, the raiding party confiscated 531.37 grammes of drugs believed to be syabu, estimated to be worth over BND100,000 and equivalent to the amount used by 5,300 addicts. More details in Saturday’s Borneo Bulletin.