Some 28 committee members and alumni of the Youth Da’ie Volunteer Dakwah Academy under the secretariat of the Youth Religious Programme continued their virtual Dakwah ‘Bukan Sekadar Sejarah’.

The Motivasi Belia Da’ie (MBD) Programme opened with a talk on ‘Suara Mesej Berbicara’ by Muhammad Iqmar Yazdi bin Osli through the WhatsApp platform, which discussed the importance of history as a reflection of one’s true self-identity and the practice of Sunnat Dhuha prayers among Da’ie (trained religious speakers).

A recitation of Surah Muhammad Verses 1 to 11 was also held, read by Mohamed Syarif Abbas bin Zaini and translated by Muhammad Iqmar Yazdi.

Participants were then guided by Siti Hurul-Ain Diyana binti Haji Abdul Majid @ Vieana to revise the contents of the first part of the programme through the Jamboard method, which enabled them to remember and appreciate the sacrifices made by Prophet Muhammad (pbuh) and his acquaintances.

Another highlight of the programme was a talk from Ahmad Muzhafar bin Haji Marsidi during which he spoke on building civilisation based on strong faith towards Allah the Almighty as well as the practice of amar ma’ruf nahi mungkar.

He brought up the fall of civilisation as the time when humans become adrift with materialistic wants to the extent of mental corruption that threatens the Islamic civilisation culture.

A cardiac exercise led by Muhammad Iqmar Yazdi and Nurul Zaimah binti Haji Mohidin took note of the importance of taking care of the body and mental health to meet the physical rights, aside from Ruhi in the Dakwah field.

The programme concluded with a workshop ‘Mantap YOU!’ led by committee members of the Da’ie Youth Volunteer Body, which featured a sharing session on lessons learnt from the talks. 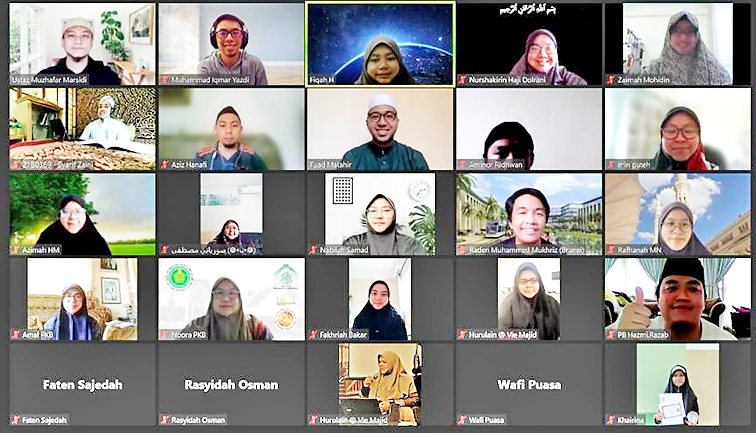