A total of 247 trainees of the 10th National Service Programme (PKBN) Intake participated in the passing out parade at the PKBN Training Camp in Batu Apoi, Temburong District yesterday.

After the singing of the national anthem, His Majesty inspected the parade comprising 172 male and 75 female trainees, followed by a march past. 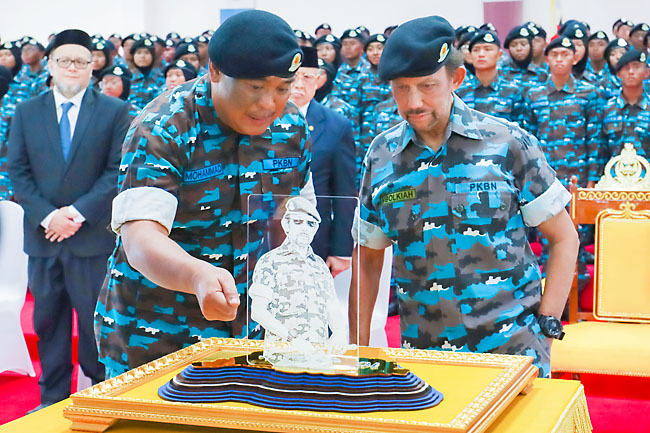 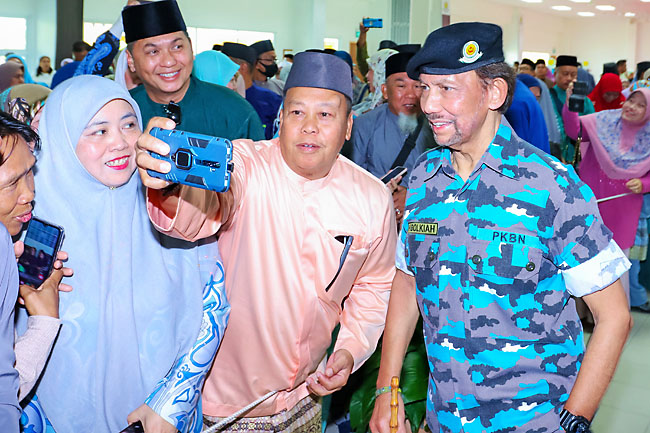 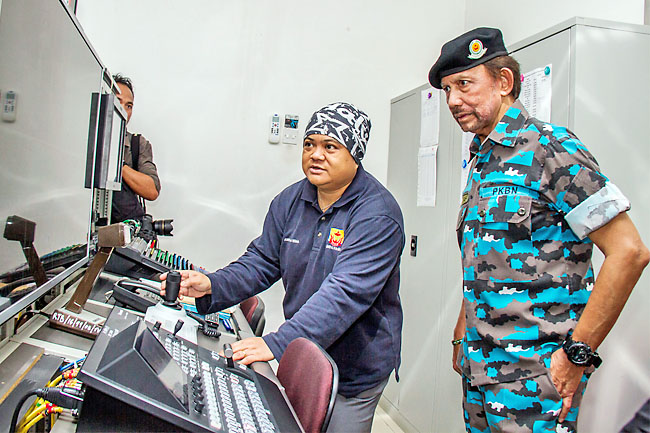 A three-time Daulat Kebawah Duli Tuan Patik chant echoed the ground symbolising the trainees’ loyalty toward the monarch, and their willingness to contribute to the country’s socio-economic development as well as strengthen national fortitude.

After the recitation of Doa Selamat by PKBN Religious Officer Haji Mohd Khairul Azmi bin Haji Munir, His Majesty toured an exhibition by youth volunteers and mingled with trainees.

A pesambah was presented to His Majesty by Major (Rtd) Haji Mohammad.

His Majesty’s attendance was intended to boost the spirit of trainees to continue playing an active role as independent, disciplined, efficient and well-mannered youth.

The 10th PKBN intake began their training on November 29 last year and were trained by 100 people comprising supervisors, instructors, medical staff and operators from the RBAF, RBPF, Fire and Rescue Department, Outward Bound Brunei Darussalam, Religious Teachers University College of Seri Begawan (KUPU SB) and professional volunteers assisted by PKBN alumni. PKBN has produced 3,177 alumni since its formation and is hoped that the trainees will continue to apply what they have learned throughout the programme.

Meanwhile, His Majesty also visited several places in Pekan Bangar, with the first stop at Sultan Hassan Secondary School. The school’s new building site is located at Kampong Batu Apoi and is expected to begin operations in January 2023.

Also gaining the monarch’s attention was the Bumiputera Complex in Pekan Bangar. Built in August 2007, the complex provides 35 units for entrepreneurs in the district.

From the Bumiputera Complex, His Majesty visited the Temburong Branch of Radio Television Brunei (RTB) which houses the News, Rampai Pagi and Radio units.

The monarch then visited the Tamu Aneka Temburong, which accommodates micro and small entrepreneurs in efforts to develop the socio-economy and enhance an involved and united community. As of January 1 this year, the market is under DARe (Darussalam Enterprise).

His Majesty ended the visit with a closer look at the Pekan Bangar Boat and Passenger Terminal Jetty. Officiated on January 7, 2010, the terminal provides services for boats arriving in Pekan Bangar and monitors the journey and operations of boats carrying gravel and sand from quarries to processing sites through Temburong River.