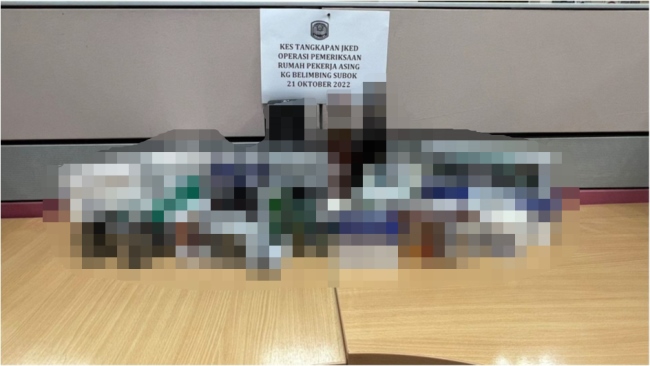 RCED enforcement personnel seized 240 cans and 56 bottles of alcohol at Kampong Sungai Besar waterway on October 18. They took into custody a boat and its engine believed to have been used to smuggle the contraband.