2020 US Open runner-up Zverev to miss event with injury

NEW YORK (AP)- Alexander Zverev, the 2020 United States (US) Open runner-up, will miss the tournament this year while recovering from surgery on his right ankle.

Zverev tore ligaments in the ankle during his semifinal match against Rafael Nadal at the French Open in June, and the number two-ranked player withdrew from the US Open on Monday.

The 25-year-old German was on the verge of his first Grand Slam title two years ago in Flushing Meadows before Dominic Thiem rallied to beat him in a fifth-set tiebreaker.

It was the first time a man overcame a 2-0 deficit in the final of the event since Pancho Gonzalez did it against Ted Schroeder in 1949.

Zverev won the Olympic gold medal in Tokyo last year and then returned to the US Open semifinals, losing to Novak Djokovic in five sets.

Reilly Opelka, who won two titles earlier this year, also withdrew on Monday because of injury.

He reached the fourth round of the US Open last year. 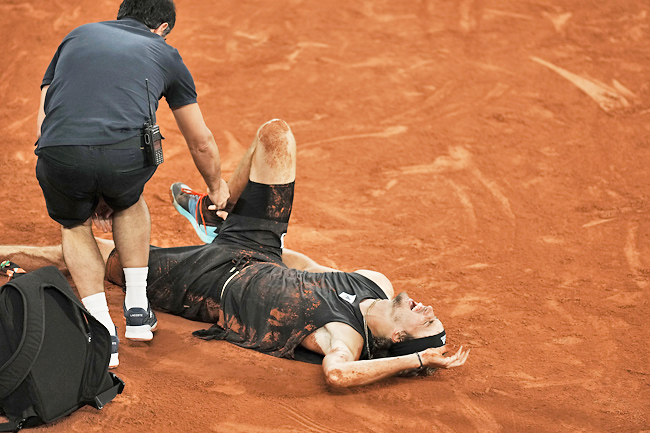