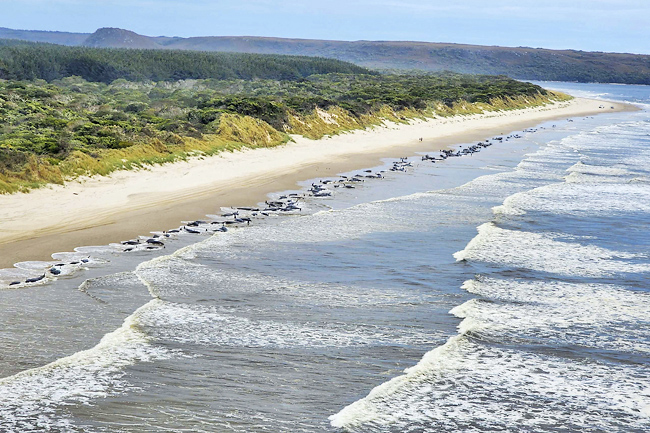 OCEAN BEACH, AUSTRALIA (AFP) – Almost 200 whales have perished at an exposed, surf-swept beach on the rugged west coast of Tasmania, where Australian rescuers were only able to save a few dozen survivors on Thursday.

After an arduous, day-long effort in difficult conditions, state wildlife services said just 32 of the 226 beached long-finned pilot whales were strong enough to be rescued.

“We’ve been refloating those whales that have been deemed suitable for release back to sea,” Sam Thalmann, a marine biologist, told AFP. “Every whale that has been released has been tagged,” he said. “There may be a few that restrand unfortunately, but we expect that by far the majority will head out to sea.”