UPI – A Washington state woman said her 19-pound cat was missing for 28 days before being found in a place she never considered the portly feline could fit – her neighbour’s chimney.

Caitlyn Wertenberger said the house next door to her Union Gap home was vacant and under construction when Piper, her 19-pound tuxedo cat, went missing from her house.

Wertenberger said she put up flyers and searched the area, but there was no sign of Piper.

She said that 28 days later, after her new neighbours had moved into the home, one of them told her they had been hearing meowing inside their home for about five days.

The neighbours invited Wertenberger to come search their home, and she found the feline stuck in the fireplace damper.

“She’s a big cat, I didn’t think she could fit down a chimney,” Wertenberger told KEPR-TV.

“I didn’t want to get my hopes up too much – it was always kind of in my head that possibly she wasn’t coming back but I still had that feeling that she wasn’t really gone yet.”

Wertenberger took Piper to a veterinarian, who said the cat was dehydrated and had lost about seven pounds during the time she was missing.

The pet owner said she does not know how long Piper was in the chimney. 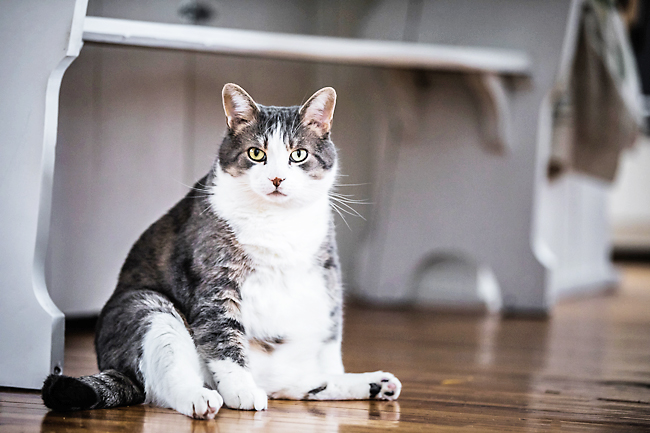