BEIJING (AFP) – At least 18 people were killed and 16 injured when a fire broke out at a martial arts school in central China in the early hours yesterday, according to the local government.

Local media reported that most of the victims were boarding pupils aged between seven and 16.

The fire had been extinguished and authorities were investigating the cause of the blaze, a statement from Zhecheng county government said. There were 34 boarding students on the premises when the fire broke out, according to government staff quoted by Beijing Toutiao News.

Those hurt – four of whom had severe injuries – were rushed to a local hospital, where an unnamed doctor told local media they were “doing everything they could” to save them.

The unnamed manager of the centre in Henan province was arrested, the statement said. The cause of the fire was still unclear.

An official confirmed to AFP that the school was the Zhenxing Martial Arts Centre. 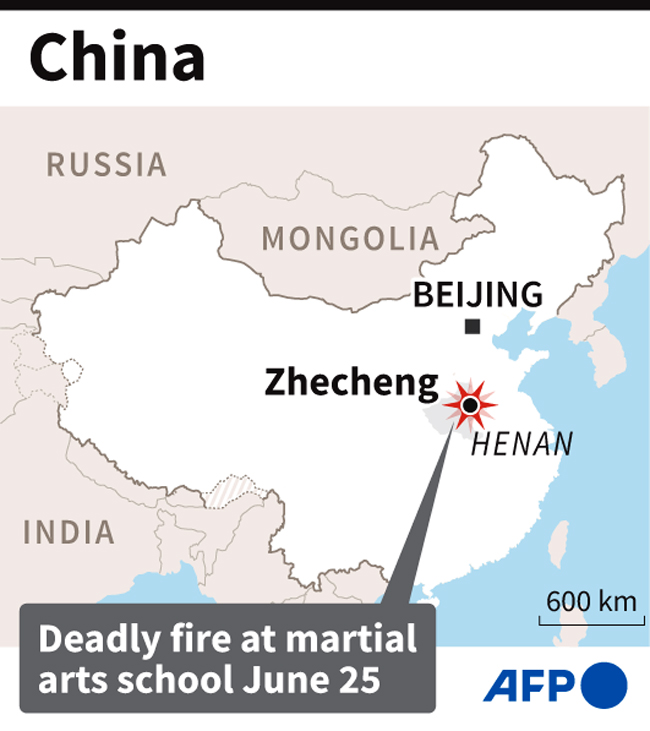 Local media reports described it as a “comprehensive martial arts training institution” that aimed to “strengthen the body through morality and martial arts”.

An online listing for the school advertised hour-long classes each day for a range of martial arts disciplines and said the school “recruits boarding students year-round”, but offered no
further details.

Henan is the birthplace of traditional Chinese martial arts and is home to many kung fu academies.

Among the largest is the famous Shaolin Martial Arts School, which has hundreds of teachers and tens of thousands of students, according to its website.

Social media users started to call for better fire safety standards online as a hashtag for the fire quickly garnered over 1.5

More than two dozen people were killed in two blazes in Beijing’s migrant neighbourhoods in 2017.