JOHANNESBURG (AFP) – Fifteen people were killed and 37 injured yesterday when a bus and a truck collided on a South African highway near the capital Pretoria, an emergency services spokesman told AFP.

“The death toll is now 15 dead, and 37 people have been injured, some of them critically,” spokesman Thabo Charles Mabaso said. The accident happened before dawn, and rescue workers were called at 5.05am.

“Emergency services arrived on scene to find a bus and truck that collided head-on, with multiple patients lying around and some still trapped inside both vehicles,” emergency services said in a statement.

Eight women and seven men died at the scene, while 37 others were taken to hospital. Seven were in critical condition, the statement said. The road was closed throughout the morning. An investigation into the accident’s cause has been launched. 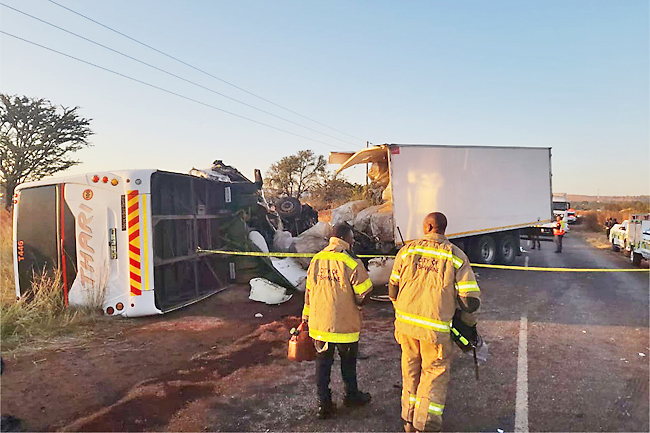