Some 120 tourists from South Korea arrived in the Sultanate on Wednesday on the first chartered flight to Brunei under Antara Travel and Tours Sdn Bhd with many expressing their excitement over their visit.

The Bulletin spoke with some of the tourists, one of whom was 31-year-old Dahee Um from Seoul on her first visit to the country.

She said they booked the flight after researching on the Sultanate, adding that she and her travel mate are excited to experience the country first-hand.

Dahee said they chose to come to Brunei after visiting Kota Kinabalu, Malaysia two weeks prior and learning about its close proximity to Brunei.

“We were curious about the country and decided to visit,” said Dahee.

Meanwhile, 22-year-old Chaeyeon Kim from Seoul is a returning visitor who received a Bachelor of Science student from Universiti Brunei Darussalam. Taking a leave of absence, Chaeyeon is returning to visit before resuming her studies next year. 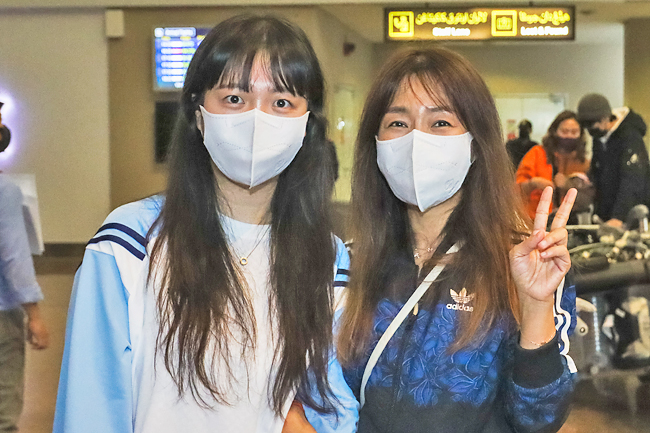 “People here are kind and peaceful, and I also like its nature,” added Chaeyeon.

According to Antara Travel and Tours General Manager Nur Rabi’atul binti Haji Sulaiman, the tourists will be staying in the Sultanate for four days and divided into two groups – golfers and tours.

Nur Rabi’atul said the golfers will be playing at various courses while the tourists will go on a city tour around Bandar Seri Begawan, a day trip to the Temburong District and a night tour.

“This is the first chartered flight from South Korea since the pandemic.

“There will be another batch of tourists coming in tomorrow and our chartered flights will be ongoing until November 30.

“Royal Brunei Airlines will then carry out the normal scheduled flights,” said the general manager.

She noted that tourists from South Korea greatly admire the beauty of nature, clear skies and peaceful atmosphere, which are difficult to find in countries, such as South Korea.

With the re-opening of the borders, she hopes that more tourists will visit the Sultanate.