THE WASHINGTON POST – A new year has rolled around and with it, the inevitable pull to make resolutions. Instead of setting impossible goals that are liable to send you into a shame spiral, allow us to suggest some minor – but meaningful – changes you can make where you probably spend most of your time: your home.

According to cleaning and organising experts, one key to creating a happier space is following simple decluttering and tidying routines that, if done regularly, will keep you from becoming overwhelmed. “Do you want to be at your house cleaning, or do you want it to keep itself?” asked an organisation enthusiast and creator of the natural product line Goods Randi Woods. “I need my home to keep itself, so I can just relax in it.”

With that spirit in mind, read on for a list of easy household resolutions. Achieving just one of them is sure to make your life at least a little bit more manageable.

START THE YEAR WITH A DEEP CLEAN

A worker-owner at the cleaning cooperative Up & Go Julieta Aquino suggested kicking off the year with a deep clean. Whether you bust out the rubber gloves or hire a house cleaner to tackle the dirt and grime, this crucial step will allow you to “really see everything that’s in the space, get rid of things you don’t use, and make sure everything is in its place”, Aquino said.

Typically, a deep clean touches every room from top to bottom, with a special emphasis on hard-to-reach areas. 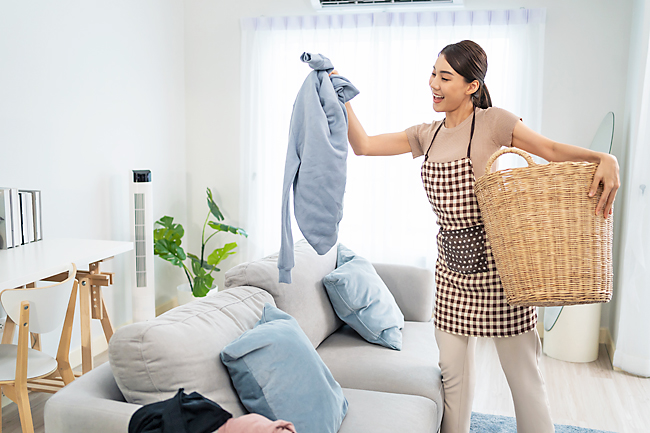 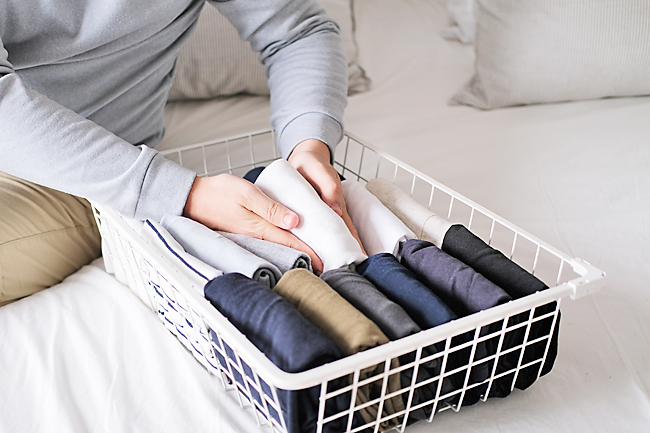 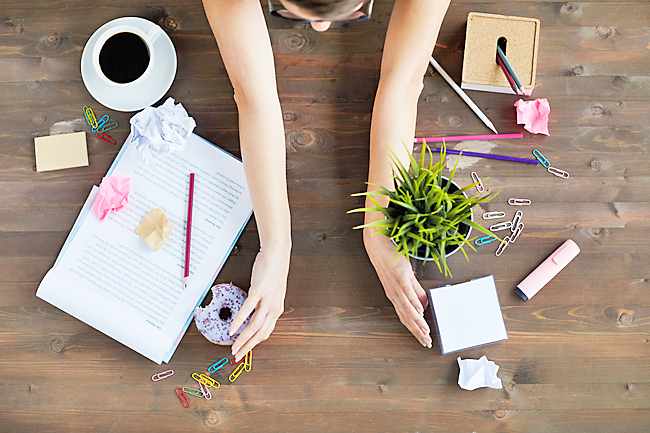 Aquino recommended organising your clothes daily. Instead of chucking dirty laundry on your bedroom floor, toss it right into the hamper. Put clean items in their proper places as soon as you take them off, whether hanging them back up in the closet or returning them, neatly folded, to a drawer.

Place a bag for items to donate in your closet, suggested “clutter coach”, professional organiser and owner of A Pleasant Solution Amelia Pleasant Kennedy. That way, you can collect giveaways as you come across them. “We often decide to declutter with one or two big pushes throughout the year, but that can be overwhelming,” she said. Take the bag to a donation centre at the end of the month.

COMMIT TO KEEPING ONE AREA OF YOUR HOME CLUTTER-FREE

Choose one spot – a kitchen counter, a dining room table, a bathroom vanity – that you’d like to keep tidy and clear, suggested Kennedy. “The idea is, when we create one clutter-free zone, it can calm our brain,” she said. “Just imagine a force field around it. Anything you want to put down, know that it’s repelled and needs to go exactly where it belongs.”

Once everyone in your home has adjusted to maintaining the clutter-free spot (which might take a couple of weeks), Woods suggested adding “one beautiful thing,” such as a small vase of flowers, to encourage everyone to keep it up.

Brighten your day by planning for it the night before. It’s great to lay out tomorrow’s clothes in advance, but this tip extends beyond the closet. “By setting the coffee maker to start right when you’d like your first cup, you’re waking up without having to make decisions,” said Kennedy, adding that you can also set your kids’ lunchboxes on the counter and put the pan you plan to fry your eggs in atop the stove.

MAKE YOUR BED AND CLEAR YOUR NIGHTSTAND EACH MORNING

With fewer decisions to make in the morning, you’ll have time to make your bed, which, according to Kennedy, “is about thinking of the future version of you that’s coming home at the end of the day and is tired… You’re creating calm and peace in advance for that evening routine.”

Next, focus on the nightstand or bedside table, which can easily become a drop zone for random items like books, hair ties and half-empty water glasses. “That visual clutter can raise your stress levels and work against that calming, relaxing, peaceful vibe that we’re all going for,” said Kennedy. “Take the things that don’t belong on your nightstand and return them to where they belong.”

Aquino suggested dusting once a day so that dust doesn’t build up on surfaces and furniture. Taking it a step further, Woods suggested assessing the types of decor you bring into your home to begin with and avoiding items – such as mirrors – that are magnets for dust. “I am adamant about making purchases that won’t frustrate me,” she said. “I would rather have a painting on the wall that you never have to clean.”

As a professional cleaner, one thing Aquino wished more clients would do is replace their plastic shower curtain liner every six months because “it’s always a lot of work to clean and gets really dirty”. In between, she said, folks should stretch the curtain to your tub’s full length after taking showers to avoid mould accumulation. Or, if your shower has a glass door, squeegee it after each use to avoid water spots.

Woods’ junk mail doesn’t only get discarded immediately – “it does not make it in my house”, she said. She grabs it from the box outside and trashes it before she even walks through the door.

If your mail gets dropped through a slot inside your home, she recommended keeping “something beautiful like a little container or recycling bin” near your front door so you can quickly discard spam.

ASSESS YOUR FRIDGE BEFORE GROCERY SHOPPING

People often become frustrated with their refrigerator when it’s overcrowded and they can’t find what they need. That’s why Kennedy advised organising it when it’s at its emptiest – before you go grocery shopping. “Start with one shelf or one drawer at a time, pull items out, and check to see what has expired and what isn’t being used,” she said. (While you’re in there, wipe down the surfaces with warm, soapy water or a mild detergent). By assessing what you have before shopping, you’re also likely to save money by not buying things you don’t need.

Pantry staples can expire long before you’ll ever notice. If you buy in bulk, said owner of Taylrv Interior Space Planning Veronica Taylor, do “a big clean-out” of your pantry at least once a month. And when you’re organising, place similar items together so they’re easier to find and don’t wind up shoved to the back.

One dirty plate left in the sink has a way of turning into a whole pile of them. Stop the cycle before it even starts by cleaning up immediately after each meal. “You keep putting it off saying ‘I’m going to deal with it,’ then next thing you know, the dishes have overflowed (in the sink) and now it becomes a serious chore,” said Taylor. “You’re spending an hour doing dishes when you can be utilising that time to do something else.”

SCHEDULE A RECURRING (BUT LIMITED!) AMOUNT OF TIME FOR BIG TASKS

A big project – like sorting through the ever-growing pile of paperwork on your desk – can feel insurmountable to the point that you just never get around to tackling it. Taylor suggested scheduling a recurring window of time to chip away at these sorts of chores. It could be 30 minutes every day, every other day, once a week or once a month – whatever feels doable for you. Then, said Taylor, “walk away and be done with it”.