Twelve contestants have moved on to the finals of the National Al-Quran Reading Competition for Adults to be held at a later date. After the names of the six male and six female finalists were announced yesterday, Permanent Secretary at the Ministry of Religious Affairs (MoRA) Haji Mohammad Rosli bin Haji Ibrahim presented souvenirs to the 53 semi-finalists.

Forty male and 13 female participants vied for the top spot during the November 22-24 semi-final at MoRA, Jalan Dewan Majlis in Berakas.

The event was held at a closed hall with participants required to follow schedules, in adherence to the health guidelines issued by the Prime Minister’s Office and the Ministry of Health in the face of the COVID-19 outbreak.

The three-day semi-finals were broadcast live via MoRA’s Instagram account @kheu.brunei and on radio through Nur Islam FM, allowing the public to follow the competition. The result announcement and presentation of souvenirs was also broadcast live on Nur Islam FM.

The National Al-Quran Reading Competition for Adults is the gateway for national Al-Quran readers to advance to the finals, before competing at regional and international levels. 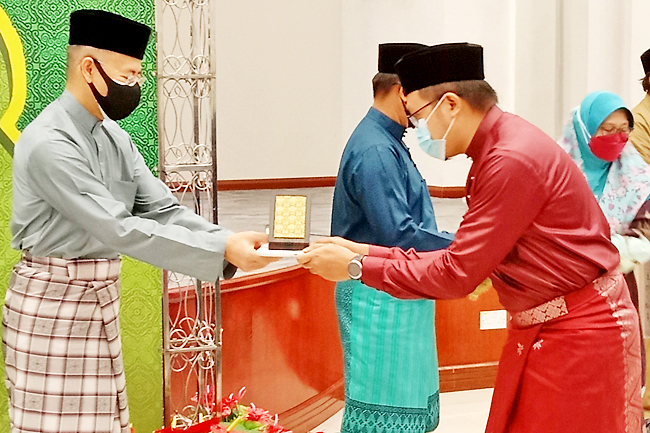 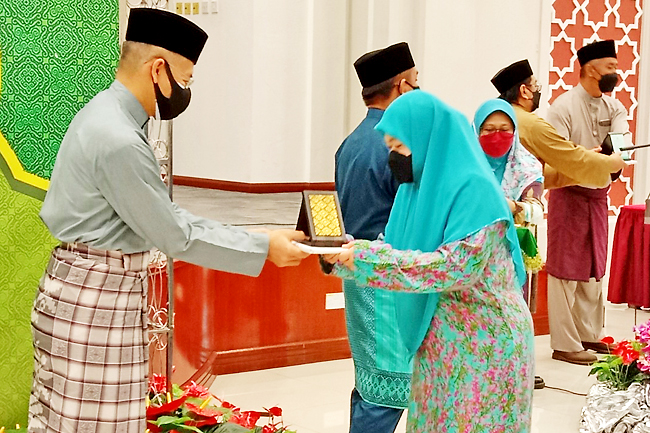 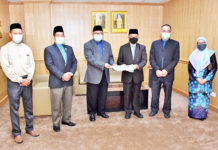