12 die under collapsed structures amid heavy rains in India

Schools were closed for the day in Lucknow, the Uttar Pradesh state capital, where the meteorological office recorded 35 millimetres of torrential rain in the past 24 hours, said the state’s Deputy Chief Minister Brijesh Pathak.

A wall collapsed on a slum dwelling made of polyethylene sheets and mud early yesterday in the Hazratganj area of the state capital where labourers were sleeping. Nine died on the spot and another three were hospitalised with injuries, Pathak said.

In Unnao, a town 40 kilometres southwest of Lucknow, another three people were killed in a house collapse following torrential rains, Pathak said.

Earlier this month, life was disrupted in the southern Indian city of Bengaluru after two days of torrential rains set off long traffic snarls, widespread power cuts and heavy floods that swept into homes and submerged roads.

People hopped onto tractors to get to work. Boats were deployed to rescue people submerged in floodwaters in Bengaluru. The two zones that make up the city, Bengaluru Urban and Bengaluru Rural, saw 141 per cent and 114 per cent excess rainfall, making it the wettest September day in the past eight years. 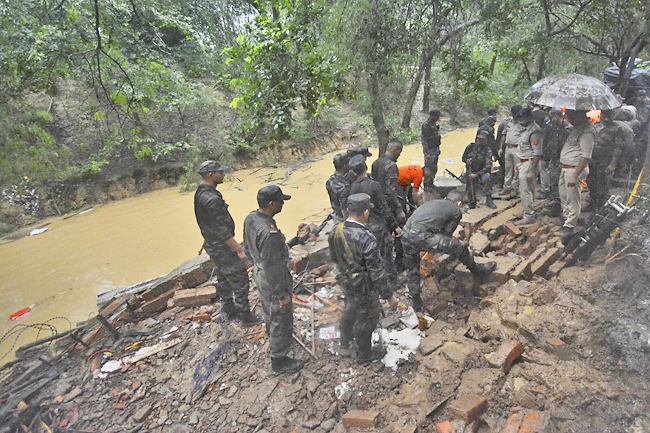