THE WASHINGTON POST – Japanese animation has long been popular, but recent years have seen a proliferation of anime on major streaming platforms. Viewership of the genre doubled on Netflix last year amid increased consumption of non-English titles by American viewers, according to the streamer.

With that in mind, we’ve put together this list of TV series that you can stream right now. Like the genre, which ranges from tales of vampire hunters to detective sagas, we’ve included a little something for everyone.

This beloved series – part noir, part space Western – follows a team of intergalactic bounty hunters. Cowboy Bebop was the first anime to ever air on Adult Swim back in 2001, and it’s a great series to watch if you’re unfamiliar with the genre. It’s also highly regarded for its sardonic sense of humour and jazz-infused soundtrack (which features one of the best theme songs in television).

Also consider: Trigun, a 1998 series that doubles down on the space Western theme. 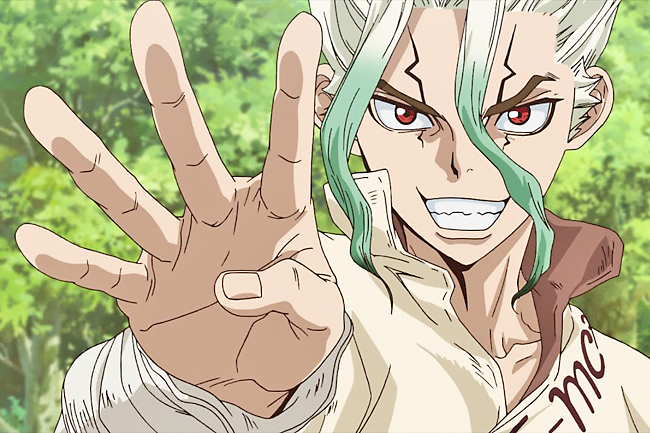 Oscar nominee LaKeith Stanfield voices the lead character of this series, which is based on historical accounts of an African man who lived in 16th century Japan. It’s got a lot of other stuff going on, which – as more than a few reviews noted – doesn’t always serve the story well. But it’s visually stunning and features an expansive electronic score by DJ Flying Lotus, who is also an executive producer on the show alongside Stanfield and series creator LeSean Thomas, a Tokyo-based animator (and New York native) whose previous credits include The Boondocks and The Legend of Korra.

Also consider: Afro Samurai, the 2007 miniseries influenced by hip-hop culture and featuring music by RZA of Wu-Tang Clan fame, along with the unmistakable voice of Samuel L Jackson.

Based on a manga by Norihiro Yagi, this dark fantasy series follows warriors who are half human, half demon and charged with killing their fully demon counterparts, the most powerful of which can shape-shift into humans. Got that? Most of the action takes place from the perspective of the show’s wounded protagonist, Clare, who is driven by her painful past.

Also consider: Inuyasha, the 2000 series based on a manga by Rumiko Takahashi, in which a teenage girl is transported to feudal Japan, where she finds herself on a mission with the titular Inuyasha: half man, half dog demon.

An astute high school detective crosses paths with a group of criminals and ends up in the body of a young boy in this series, known as Detective Conan outside of the United States (US). The long-running show earned the (faux) ire of Conan O’Brien after the late-night host discovered the child protagonist outranked him on Google in Japan. It’s so popular, O’Brien discovered, that there is actually a town named after the fictional character – and, of course, Team Coco visited it.

Also consider: Lupin III, the franchise that began in 1971, which follows the grandson of the same gentleman burglar who inspired the popular French-language series.

Technically anime-inspired since it was produced outside of Japan, Castlevania’s English-speaking cast includes Richard Armitage (The Stranger) and Lance Reddick (The Wire). In this Netflix original, which is based on the popular Nintendo franchise of the same name, a vampire hunter resolves to protect his city from Dracula’s deadly rage. It’s dark, gory and bold in a way that now-adult fans of the Castlevania video games will appreciate. It also offers a unique take on the classic Dracula story across four seasons, the last of which debuted in May.

Also consider: Hellsing, the 2001 series that revolves around the storied Van Helsing family and their servant Alucard (that’s for all you anagram lovers).

A teenage scientific genius awakens to a world in which nearly all human life has been petrified. Senku, aided by friends who eventually join him in an awakened state, sets off to uncover what happened – and how to undo it. Dr Stone is serious about its science as Senku attempts to advance the world from a Stone Age to modern civilisation.

This kid-friendly franchise begins with the tale of a young, orphaned ninja who longs to be accepted by the village he hopes to lead one day. Subsequent instalments further explore Naruto’s destiny, along with those of his closest friends.

Also consider: One Piece, an ongoing series that began its run in 1999, which similarly revolves around a young boy with big ambitions.

This bubbly series follows three driven high school girls who create an anime club – though not without opposition – and embark on creating their own animated universe. It’s a fun, creatively told story that’s particularly illuminating when it comes to the animation process. The New York Times named Eizouken one of the best TV shows of 2020.

Also consider: My Hero Academia from 2016, which puts a clever spin on the high school setting.

Fans of this classic anime rejoiced when it arrived on Netflix in 2019, after years of being virtually impossible to find in the US.

But the celebration was couched in caution because Evangelion is emotionally heavy stuff.

“Yes, it was another show about teenagers in big humanoid robots saving the world,” The Washington Post’s Gene Park wrote.

“But it was also an audacious, brutal mosaic of depressed kids and adults with severe abandonment issues and debilitating existential crises. For myself and many young viewers in the 90’s, it awakened awareness of our depression and childhood trauma.”

Also consider: Fullmetal Alchemist: Brotherhood, the 2009 series which similarly pairs its action with exploration of pain and grief.

This fantasy series revolves around a band of powerful knights charged with restoring order to an ancient kingdom from which they were once expelled.

The show – one part of a franchise that includes films, video games and, of course, manga – is currently on its fifth instalment; The Seven Deadly Sins: Dragon’s Judgment was released last month.

Also consider: Dragon Ball from 1986, the first anime in a pioneering and wildly popular franchise geared toward a similar demographic.