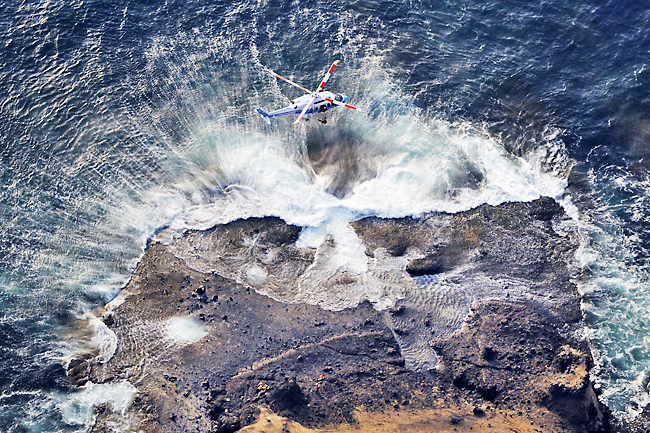 TOKYO (AFP) – At least 10 people were confirmed dead yesterday after a sightseeing boat sank in frigid waters off Japan’s northeast, the coast guard said, with the search continuing for 16 others still missing.

“We have confirmed the deaths of all 10 people” who have so far been retrieved, a coastguard spokesman told AFP.

In a statement, the coast guard added that those found so far had been identified as seven men and three women. The Kazu I sightseeing boat sent a distress signal on Saturday afternoon after it began taking on water off the remote northeastern tip of Japan’s Hokkaido region.